DATE WITH THE UNDEAD

DATE WITH THE UNDEAD
By Johnny Carlson


I was fifteen or sixteen when it all happened. Looking back at photos from that time I have to laugh at how awkward I was with my huge hands and feet and six feet plus of gangly body. I was still living at home and taking for granted that my life would never change. Ideas of college or work or leaving home had not yet captured my imagination.

It was in the fall of the year when the days were shortening perceptibly that I met him –– the son of the new neighbors. I didn’t meet him at school or outside the house mowing the lawn –– didn’t have a visit from the family.

No, I met him at dusk when Dad sent me out for the mail. He stood in front of the box staring at the envelopes in his hand. An average looking kid, shorter than me with dark hair and pasty skin. The gravel of our driveway crunched beneath my feet and caught his attention. He turned slowly toward me. He smiled.

He didn’t answer, just gave me a quick nod along with the smile. As I got closer I saw that he wasn’t average at all. He was different in an odd sort of way, but I couldn’t have told you what made him so. Maybe he was from some other country, I thought (there weren’t many foreigners where I grew up - at least not then). One thing I was sure of though -- he locked eyes with me and held my gaze too long. It was uncomfortable but hard to look away. When I went around him to get into our mailbox he shifted and continued to stare at me. It gave me the creeps and I pretended not to notice.

As I thumbed through the mail (nothing for me, of course) neither of us moved. I felt more and more ill at ease. Just as I was about to step around him again, he thrust out his hand. "I’m Lorenzo," he said.

He pointed to the old Victorian with the huge yard, our nearest neighboring house, and said "I’m there."
I tried not to show my surprise at the strange way he said it.

I couldn’t help it. I chuckled. "One night?"

He smiled, "that would be good."

"Okay," I answered without the slightest intention of taking him up on his offer.  I didn't have many friends at the time, but I wanted to stay away from this kid.  "I’ll see you later." But I didn’t see him later. I didn’t see him for over two months.

I guess I’ve always been a bit jumpy –– wrapped too tight as my brother once told me. But as I reached up to get some aspirin from the shelf above the sink I glanced outside and actually yelped jumping back from the window. "Geez! What the funk!" There is nothing worse than looking out into the dark and seeing an unexpected face! But when I really looked hard I wasn’t sure it was a face after all. There was something white out by the back fence that had seemed like a person looking at me. It slowly faded though and I relaxed a bit, taking a deep breath. Nevertheless, I was happy to leave the kitchen and go to my room. It wasn’t late, but I had homework I wanted to get done so I could watch a movie later.

Maybe five minutes before the knock on the front door, there was a quiet rap on my window. Nothing there. I heard Mom from my bedroom talking to someone, but I couldn’t hear what she was saying. Then footsteps down the hall toward my room. Mom knocked. I stared at the door nervously. "Come in," I said.

Oh my gawd, my heart started beating out of my chest! There was mom with the strange neighbor kid. "Johnny," she smiled brightly, "this is Lorenzo. He lives next door in the old Jacobson house. He came over to visit. Isn’t that nice?"

"Very briefly," Lorenzo added, staring at me again with those strange riveting eyes.
Once again I felt very awkward and had no idea what to do or say, so I just sat there staring back at them. Then Lorenzo glanced across the room. "What’s that?" he pointed toward the big terrarium in the corner. "Oh!" Mom said, "that’s Johnny’s friend George! You should take a look at him." She walked to the glass tank expecting him to follow her, but he stood like a statue in the doorway.

I started to laugh, which eased the tension a bit. "Enter?" I asked. "Sure, by all means, enter. What are you a Vampire?" I chuckled. But he didn’t laugh with me. He just looked at me with a tentative, uncertain smile and walked over to take a look at George.

"Johnny, feed him something so Lorenzo can see."

George was a Jackson Chameleon with the wandering eyes and long sticky tongue. I got up and retrieved a jar of bugs from a small cooler I kept in my room. I opened it and shook a couple cold flies into my hand. "The flies aren’t dead," I told Lorenzo. "They’re just cold. They’ll thaw out in a couple of minutes and start moving around. They won’t fly for awhile though, until they get really warmed up."

"I see," he said, watching me as I opened the top of the tank to drop the flies in.

George knew the drill and decided not to wait long enough for their wings to start buzzing. He moved in slow motion from the top area of the tank down a branch and focused one eye on a fly. His mouth opened slightly revealing a moist pink, and as quick as you could say "there’s a vampire in my room" his tongue shot out and pulled it’s victim inside the toothless mouth. George chewed like an old man gumming his dinner. We were all three leaning toward the front of the glass watching. Lorenzo was riveted. "Wouldn’t it be nice to have a tongue like that?"

"Oh no!" Mom cried out half amused and half disgusted. "Lorenzo, really!" Then she elbowed me. "John, don’t we have interesting neighbors?" she laughed. "Well, I’ll just leave you two alone to visit."

Oh, yeah, that’s just great, I thought. Bring this bizarre person into my room and then just leave me with him!

We watched as George crunched his fly while eyeing the other which was walking along the bottom of the tank. Just as it started its buzzing flight, George snatched it with his tool. "I don’t suppose flies have much blood," Lorenzo said.


I stared at him in disbelief for a moment. "Well, yeah, they have blood, just like most everything from insects to mammals. But, um . . . no, I guess there isn’t much."

He turned his face toward me. He was handsome –– despite his pallid skin. I guessed he was close to my age, but maybe older. It was hard to tell. He had a faint shadow on his face, but that didn’t tell me his age.  He smiled. "You like games?" he asked.

"If you had one, would you play?" His eyes were on me and way too intensely.
I shrugged in answer.

"Here," he said. He reached behind his jacket and pulled something out and handed it to me. It was a very small chess board. I took it and raised my eyebrows. "And this." From his pocket he brought out a plastic bag with small players.

"Alright. Let’s sit over here." We sat cross-legged on the floor facing each other and unfolded the little board. "I don’t know if I can handle these without knocking them all over."

He raised his eyebrows. "Yes, your hands are rather too large."

I laughed out loud. The way he put things was just too much. But he was growing on me. How can you stay wary of someone who constantly flashes his smile at you. "But if you have trouble," he added, "you can tell me where to move your pieces."

"Where did you move from?" I asked.

"The Yukon! Are you kidding me. That’s like the wilderness, isn’t it?"

We talked the entire time we played and it was a long game. Funny, I lost interest in watching the movie that I had planned on earlier. I had been on the chess team at school for a year and I was a pretty fair player, but Lorenzo was no novice. He was about to win the game. He had the piece in his hand above the board. He hesitated and I looked up at him. He met my eyes and then put the piece down. He made a crucial error. But I was certain he did it on purpose –– either to draw out the game or to let me win. It was at that moment that I decided I was very happy he was sitting there. I was very happy he had moved in next door.  Maybe he was okay.

I was finding myself more and more mesmerized by his answers to my questions.  I was drawn to his beautiful lips.  I had an urge to lean over and kiss him. How strange.  But then, for no apparent reason, my desire was swallowed up by dread.  "Oh my gawd." I blurted out, suddenly feeling very afraid.

"What is it?" he said, smiling that terrible, beautiful smile.

I pulled the chess board out from under the pieces and let them fall. I handed him the board and tried to give him a angry look. "Why are you here?"  It was more of an accusation than an question.

"You invited me in," he answered casually.

"Stop smiling for a minute, would you!  Geez!"  He only raised his eyebrows in mock innocence. My fear, mixed with anger now, bubbled to the surface. "You want to kill me like George killed those flies!"

He laughed softly. "Absolutely not. Not you. I need friends. I chose you."  Then, as if knowing I was attracted to him, he leaned in and put his cold lips to mine.  He didn't know me though!  He was taking a chance. As he pulled back from that brief kiss he looked totally unperturbed, calm and satisfied.

"What do you want from me?" I repeated in a softer voice.

So now, I sit here in the daylight writing this. He is lying dead somewhere as all vampires do during the day.   I don’t see him as much as I used to, but when he needs me I am still here. I look forward to the evenings and my occasional time spent with Lorenzo. He still looks the same. I am nearly nineteen now. After much urging by him, I have finally agreed to allow him to stop the aging. Yes, tonight is a very important date -- with the Un-dead.

see my blog archives for more.
Posted by Johnny Edward Carlson at 2:57 PM 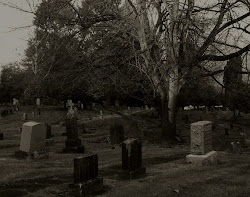 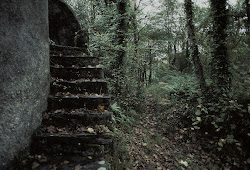 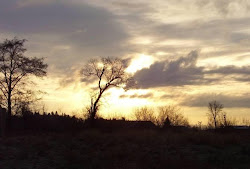